I Want to Deliver Your Voice

I Want to Deliver Your Voice Posters 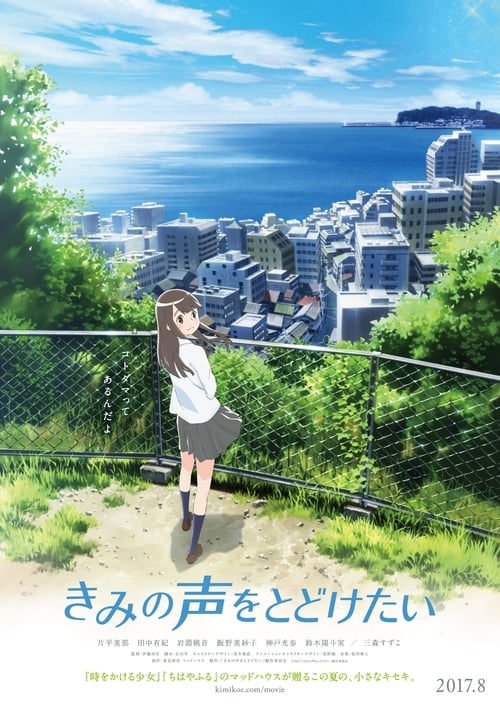 Welcome to June, everybody. And, of course, there is one big thing that truly defines this month. E3. . . Ok, well, maybe that's just me, but June is also the big start of the summer movie season. Over the past few years, May has become a sort of pre-summer movie season month, where blockbusters may drop at random. June, however, is where things really get started, and there's something coming out nearly every week. On top of that, there usually isn't that much of a lull between summer and Christmas. So, because of this, I've decided to post what are currently my top 10 most anticipated films for the rest of 2017. As I did with my last list, I will count foreign film that have released in Japan, but not yet NA, as well as foreign films that are slated to release in their native region this year, but not necessarily NA. Also, just a little side note, regardless of where they may have ended up on this list, I'm excluding Wonder Woman and Captain Underpants, seeing as how they both release tonight. Also, before the list, here are some honorable mentions. The Book of Henry- This looks good, but I'm not really excited for it. It looks like one of those movies that I'll keep on my radar, but won't actually try and watch until I find a bluray copy for a good price. Brigsby Bear- I just don't know enough about this one, but the little I do know gives me Truman Show vibes, which is a good vibe, if you ask me. A Ghost Story- basically the same as my reasoning for Book of Henry. Looks like it could be great, but I'm just not anticipating it, personally. Godzilla: Monster Planet- So, you mean to tell me that the man that is responsible for Madoka Magica, Psycho-Pass, and Fate/Zero is working on an anime Godzilla movie? I may not know enough to get TOO excited for it, but the minute I do, I'll be counting down the days until we get an English release. That I can guarantee. Kimi no Koe wo Todoketai (or, I Want to Deliver Your Voice)- Though the title rang a bell, I actually found out about this one just as I was putting this list together. I don't know enough to put it on my list, but I'll definitely be doing my best to keep an eye on it. (Con.)

I Want to Deliver Your Voice: Trailers and Videos

Navy Man Hurries To Greet Wife, But Sees Pregnant Belly And Realizes She Lied During Deployment

What Happens to Undeliverable Mail with No Return Address?