Comments & Reviews to the Movie «Finding the Line»

But hey, I have already acheved goals number one and two of AX 2018

Sometimes I have trouble finding the line between “I am being assertive and standing up for myself” and “I’m being an asshole.”

With every passing moment scrolling through Twitter I’m finding the line between what was once professional basketball and soap operas is slowly disappearing.

I got to check out the new doco 'FINDING THE LINE', screening at this month.

As the runners fan out across the straight Kedah gets a lovely ride from on speed and keeps finding the line ahead of a wall of runners in the second .

Very impressive finding the line with something up the sleeve & a reminder as Ive said for years how good this stable is switching states! 🏇👍

After a lot of BS and misinformation about finding the line, made it to the KLabs panel #flowermikoAX 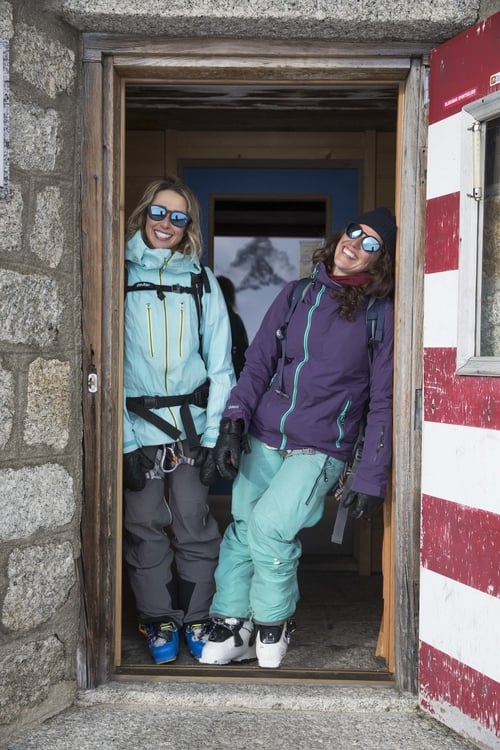 Aussie snow season is getting close! Which means it’s ski movie time. Make sure you grab tickets to @finding_the_line, screening in Melbourne, Canberra and Sydney for next week only! Tickets at the door are cash only ?, so best to purchase online ?. Link in profile! #FindingTheLine #australia #winter #ski #film #freeski #skiing #misssnowitall

At the world premier of Finding The Line at the Astor in Melbourne. #blackbirdbespokeskis #stoke @nat_segal @anna_segal you guys rock!

Best way to spend the evening after a long day earning your turns. @callaghancountry's Journeyman Lodge was the perfect place to rest up and recharge ? @guyfattalphotography

Finding the line is tricky for the @ca_enduro Auburn race

Drake made his case to ski this snow patch by explaining what line he would take. He picked a great patch and his plan of attack was solid. Even though I have confidence in his ability, I find myself struggling to say yes to skiing outside a resort. It is my own skiing inadequacies that is the culprit, I suppose. I told him I would think on it, but the snow was melting fast. We went back to check the patch, and to my benefit, considerable melt had occurred. Only a few more weeks of deflecting, then I should be home free of the skiing convo... at least until the snow begins to fly again. He really needs to find some friends that can ski this stuff. .. .. .. #activekids #kidsoutside #childrenofmountains #mountainraised #OutdoorFamilies #outdoorsallyear #lifeofadventure #takeahike #wildchild #borntoski #livelifeoutside #whatgetsyououtdoors #mountainkids #childhoodunplugged

And that’s a wrap.... for now. @finding_the_line’s Australian mini tour was a massive success. @nat_segal and I were overwhelmed with all the awesome feedback, stories and conversations that the film seemed to spark. Thank you to all our family, friends and mentors that helped us get this project to the big screen. And to the audiences that came along to watch! If you didn’t make it to a show, don’t worry, more Aus screenings to be announced. For now, it’s time to let our hair down, catch a breath and watch a couple sunsets from mountain tops ? @flakinggoodtime #FindingTheLine #skiing #australia #mountains #sunset #chilltime

Cant wait till another day like this! Scoring the goods. #powderday #heliski #heliskinz Photo: Guide Jimbo

Olympian and X Games Slopestyle champion @anna_segal's movie 'FINDING THE LINE' Premiers in Melbourne tomorrow night and we have two free passes to give away! Simply tag someone you'd take with you in the comments below to WIN! Competition open to VIC only. Hit the link in our bio for more info...#bounceinc #skiing

Yeah, sure… you can frump out couch side and 'catch-up' with this once its out on the internets. Shit that’s not the point. This is a feature length film, mastered in mega pixels to be seen BIG!. Join the throng, get your pop-corn and get amongst one of the biggest film achievements of any Australian backcountry athletes to date. These sisters make the ‘female athlete’ thing disappear because this achievement blows away anything done by any Aussies abroad to date. Melbourne May 29th / Canberra May 30th / Sydney May 31st then back in Melbourne on the ist June! (continued in the next post) @finding_the_line

Big props to these two brave girls for producing the ski film documentary @finding_the_line, screening this week in Canberra, Sydney and Melbourne. The film explores fear, what it is, why we feel it and how we can deal with it. The film is incredibly honest and down to earth, a rare approach in today’s digital world dominated by self-promotion. I got the chance to film with the girls last April at @pointsnorthheli in #alaska, check it out you Aussie fans! #FindingTheLine #ski #film #documentary #skiing #freeskiing

The Aussie season outlook is looking good! What ski adventures are on your bucket list? We'd suggest parking a tent at the top of Mt. Bogong. The views make the uphill slog worth it.

Excuse me while I drop some humble brags about the latest ski documentary to drop in Australia @finding_the_line ! • Firstly, go see it. Not just because you'll get a healthy dose of epic mother-nature-on-full-frontal-display scenery, massive mountain ranges, steep lines, powdery pillows and sweet ski tunes... But mostly importantly coz it's an amazing story of the Segal sisters exploring their perspectives on fear and risk. • As some of you know I was once a (pretty average) aerial skier. I flirted with risk and fear on the daily in my career & it often got the better of me. The old athlete in me related so profoundly to the narrative... yet the current me has to consider how differently fear and risk play into my life now. I just love that this film has challenged me, and made me crave adrenalin, skiing & mountains. • Segals sisters (@anna_segal & @nat_segal ), your film is beautiful. I truly hope you continue to make content in every form. We need more of it, made by courageous female role models. • #skibumforlife

This long weekend, hustle your way up to @mt_buller a) because the Aussie high country is stunning b) because the Mt. Buller Cinema is screening Finding The Line on both Saturday and Sunday evenings, 8.30pm ? @flakinggoodtime || #FindingTheLine #mtbuller #skiing #openingweekend #queensbirthday #ski #film

Coffee this morning tastes amazing. I think I might even have two! Thank you everyone for coming out this week to see @finding_the_line - we were overwhelmed with the turnout and all of you awesome feedback. ???? More screenings coming soon. ❤️ Photo: @zoyalynch #coffeebreak #weekend #weekendvibes #findingtheline

It’s go time! Tonight is our Australian premiere of @finding_the_line. The film explores fear- what it means, why it’s there and how we should deal with it. Producing a film and pushing it out into the world for all to see has played more with my fear levels than anything I’ve done on skis. It’s that fear of judgement that really gets me. But it’s something I’m trying to overcome. And now we’re ready- for whatever kind of feedback we get. Can’t wait to show it to Melbourne tonight at the @astortheatremelb. Hopefully it gets you thinking, questioning and evaluating. See ya there ?? #FindingTheLine #skiing #ski #film #documentary #melbourne

@nat_segal lining up a 5 stacker pillow line in British Columbia. Skiing down these puffy looking cream cakes isn't as easy as it may seem

Finding the Line: Trailers and Videos

Finding The One Part 2 | Rahim Pardesi

THE STORY OF DAME TU COSITA in MINECRAFT!

Find stuff Faster - Use the Command Line like a Boss

Find the standard equation of a circle given a center and a tangent line .

Yessica Jain - Finding the Slope of a Line

Yessica Jain - Finding the Slope of a Line

The hunt for and finding our EXPEDITION VEHICLE